Home > Milky Way is no more a small Galaxy!

Milky Way is no more a small Galaxy!

Our Milky Way is larger, heavier and faster than astronomers thought. A new study presented at the American Astronomical Society’s convention in Long Beach, California, reveals that our planet, along with the whole solar system, is moving 100,000 miles per hour faster in our galactic orbit than we thought, and that the Milky Way Galaxy is 15 percent larger and 50 percent denser than scientists previously thought. 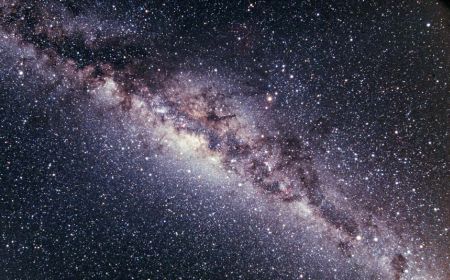 “No longer will we think of the Milky Way as the little sister of the Andromeda Galaxy in our Local Group family,” said Mark Reid, one of the researchers.

A team of international astronomers, with the help of ten different telescopes, determined that our Milky Way is rotating at a speed of 161,000 kilometers (100,000 miles) per hour faster than previously thought. Scientists found that the increase in speed in return increases the Milky Way’s mass by 50 percent, which is not a good news for us! Because, the larger mass however also means that it has a greater gravitational pull, which increases the chances of collisions with the Andromeda galaxy or smaller nearby galaxies, Mark Reid added.

The scientists measured the distances and motions in our galaxy by using the National Science Foundation’s Very Long Baseline Array (VLBA) radio telescope, a system of 10 powerful radio-telescope antennas stretching from Hawaii to New Enlgland and the Caribbean.

This article was written by Sandy. Last update on January 6, 2009

2 Responses to “Milky Way is no more a small Galaxy!”