File extension MKV is associated with Matroska, an open source, open standard Multimedia container that can hold an unlimited number of video, audio, picture or subtitle tracks inside a single file. It was intended to serve as an open source alternative to all popular containers such as AVI, MP4, Quicktime or ASF. In fact, Matroska offers a lot of features that are not present in other multimedia containers. Matroska uses three different extensions: .MKV (matroska video), .MKA (matroska audio) and .MKS (matroska subtitles). File extension MKV is the most popular of them. It is used for storing unlimited amount of video, as well as audio and subtitle tracks in a single file. 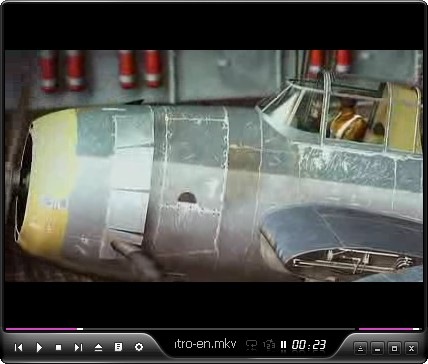 MKV file format is quite popular now a days and is being used widely in Internet movie releases. However, most of the popular multimedia players still can’t play a .mkv file. A codec or Coder/Decoder is required to play .mkv file. Don’t worry, you can easily play your .mkv files on a DirectShow based media player. Here is a list of some video players that support MKV files: VLC media player, MediaPlayer Classic, MPlayer, BS.Player, DivX Plus Player, GOM Player, KMPlayer, SMPlayer, etc.

This article was written by Sandy. Last update on September 19, 2010