Vodafone recently launched a wireless mobile broadband gadget that is capable of connecting up to five devices simultaneously. Called Vodafone Mobile Broadband Hotspot, the new gadget will extend the benefits of mobile broadband from laptop and netbook customers to users of all Wi-Fi enabled devices in selected markets. 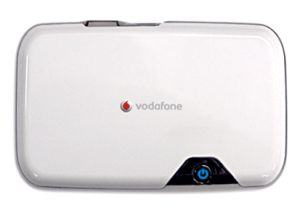 The credit-card sized device is supplied by Novatel Wireless (Nasdaq: NVTL), a leader in the design and development of innovative wireless broadband access solutions. It is operating system independent and enables customers to connect quickly and easily to any device that supports the Wi-Fi standard, then connect to the internet using Vodafone’s mobile broadband connectivity. The move is expected to bring the benefits of mobile broadband to a new range of devices such as MP3 players, digital cameras and gaming consoles

With one touch to power on, users will be able to detect the mobile Wi-Fi cloud using any device configured for Wi-Fi and connect up to five devices within a 10-metre radius. An internal battery provides up to four hours of active use on a single charge. The device delivers remarkable performance with speeds of up to 7.2 Mbps on the downlink and 5.7 Mbps on the uplink between the Mobile Broadband Hotspot and the Mobile Broadband network. Moreover, the expandable memory support for up to 16GB via microSD makes this gadget a flexible and robust platform capable of storing and sharing personal content such as documents, music, video and pictures over Wi-Fi.

The Vodafone Mobile Broadband Hotspot will initially be available in Germany, Romania and Spain, through Vodafone direct and business sales channels.

This article was written by Sandy. Last update on September 13, 2009