On Wednesday, SanDisk introduced the Sansa slotMusic player, a tiny music player that has no internal memory or screen and uses a miscroSD slot to read “slotMusic” albums. The tiny music player comes with earbuds, runs on one AAA battery, and will cost just $19.99 at Best Buy and Wal-Mart. 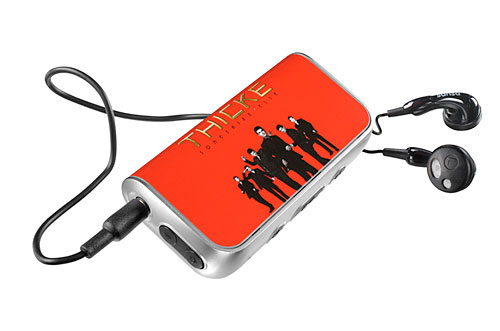 The Sansa SlotMusic Player is specially designed to use the new SlotMusic cards that can carry music in MP3 files, free of digital rights management technology. Users can buy the 1GB microSD cards loaded with DRM-free MP3s, album art, and liner notes, and even video content. The SlotMusic cards come with additional space for storing more files, and music on the devices can be easily downloaded and stored on a computer.

SlotMusic will offer exciting music from Universal Music Group, SONY BMG, Warner Music Group, and EMI Music.  Presently, about 40 different artists are available on SanDisk SlotMusic cards, ranging from Jimi Hendrix to Elvis Presley and from Coldplay to Keane. Users can buy the music cards from best Buy and Walmart for $14.99.

In order to increase the sales, SanDisk also launched some artist-branded slotMusic players, that comes with a 1 GB card pre-loaded with the artist’s album. They named it slotMusic bundles and each of them are available for $34.99. That’s really a good deal for the music lovers.

This article was written by Sandy. Last update on October 16, 2008