Majesco Entertainment, the provider of video games for the mass market, today announced the ‘Pizza Delivery Boy’ exclusively for Wii. This unique Wii action title lets players use the Wii Remote as an all-in-one kitchen utensil and driving wheel to cook and deliver pizzas to hungry customers in three bustling towns. So, get ready to enjoy the fun of pizza delivery on your Wii. 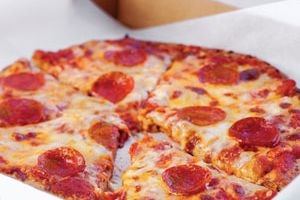 "Pizza Delivery Boy combines made-to-order pizza preparation with fast and furious driving that delivers on fun," said Gui Karyo, Executive Vice President of Operations for Majesco. Players must beware, though, as a number of obstacles stand between them and the coveted title of Pizza Boy of the Year!

What about the story? When three brothers mismanage their successful pizza restaurants and the businesses start to falter, the bank manager threatens to shut them down if they don’t return to profitability. It’s up to you, the new hire, to restore the ailing pizza parlors to their past magnificence. But the task won’t be easy. Players earn money by making and delivering pizzas throughout three busy towns crawling with scoundrels and hazards like hungry dogs and oil slicks. Players can also unlock faster vehicles and earn extra cash on their days off by taking on various side missions, including street racing and cooking competitions. New hires who rake in the dough will rescue the family business and become a local hero!

Developed by Attractive Games LTD, ‘Pizza Delivery Boy’ for Wii is expected to release Winter 2010 and is rated E for Everyone.

This article was written by Sandy. Last update on November 11, 2009

One Response to “‘Pizza Delivery Boy’ coming to Wii”