Last week, Palm released webOS 1.4 update. The update over-the-air was made available for customers on the Sprint network in the US and on the O2 UK, O2 DE, O2 Ireland, and Movistar networks in Europe. Palm webOS 1.4 update was also released for customers using the Palm Pre Plus and Palm Pixi Plus on Verizon Wireless. Palm expects that soon the update will be available for Palm webOS phone users on all other networks. 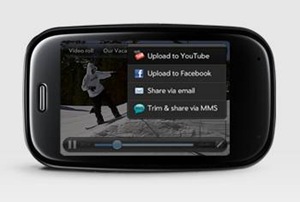 With the new update, users of Palm webOS phones will be able to capture, edit, and share video. Users can share their videos through YouTube, Facebook, email or MMS. The Calendar, Phone, Messaging, and Email apps have also been enhanced with new features to simplify common tasks. The LED in the gesture area now lights up and pulses if you have a notification. You can also customize notification sounds in Messaging, Email (on an account-by-account basis), and Calendar. Have corporate contacts on a Microsoft Exchange server? They’re now accessible through universal search, just like Google, Google Maps, Wikipedia, and Twitter.

How to update? Your Palm webOS phone will automatically update within a few days once Palm webOS 1.4 is available on your carrier. But, you can also trigger the update by using the Updates app.

This article was written by Sandy. Last update on December 22, 2012