Dell on Friday unveiled a new ultra thin luxury laptop called ‘Adamo’, at the 2009 Consumer Electronics Show (CES) in Las Vegas, Nevada. Adamo was briefly shown to a group of journalists at the Palms hotel in Las Vegas, but no details were provided. Even no one was allowed to open, hold, or touch the mysterious notebook. We can only say that it is a thin laptop with a stylish surface. 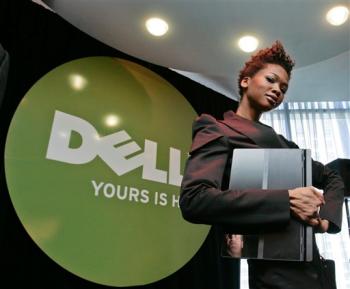 Michael Tatelman, Dell’s sales and marketing general manager, said at Friday’s conference that the Adama computer will “be the new luxury franchise in the Dell brand lineup.”

Well, this sneak peak at least confirmed the rumors about a new notebook computer being created by Dell. The company refused to answer any questions on Adamo, but says it is “on schedule” and will be released in the first half of 2009.

This article was written by Sandy. Last update on January 11, 2009