Checkers for Android consists of an 8×8 checkers engine (a Java version that evolved into the C++ engine BikMove) together with a GUI. This Android application accepts moves through the touch screen or trackball. The game engine plays at various levels including random and free-play. User can play either side and, independently, view the board from the perspective of white or black. 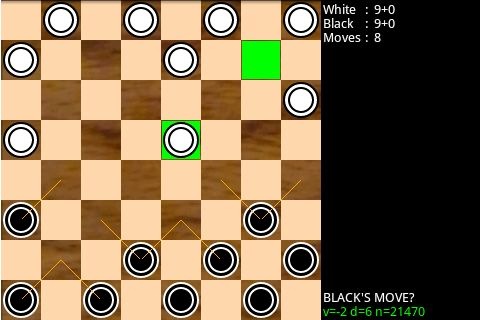 An optional “move coach” shows all valid user moves and highlights each last played move. An undo feature can take back up to eight half-moves to correct mistakes. A game in progress is automatically saved on exit. Users can also select between mandatory captures (the official rule) or optional captures. The Checkers for Android application is available for free at the Android Market. Get it today.

This article was written by Sandy. Last update on December 20, 2010