For the first time is history, someone sent a "tweet" from the space. US astronaut TJ Creamer, on board the International Space Station (ISS), posted the "tweet" at 12.13 a.m on Friday, January 22, 2010. With this, Creamer became the first person to "tweet’ directly from the space. This is definitely a big leap in the history of social media. 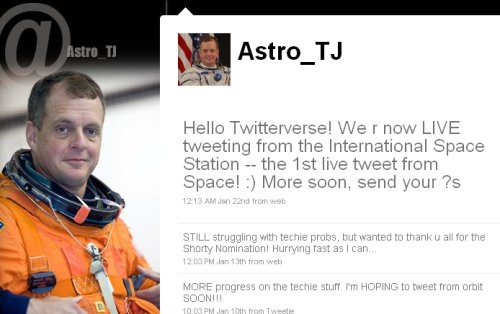 Earlier astronauts had to relay their messages to NASA Mission Control in order to post their Twitter updates. But now, as the International Space Station have direct access to the Internet things will become a lot easier. Astronauts onboard ISS can now surf the web, send e-mails back home and even update their Twitter profiles live!