Apple’s App Store, the largest applications store in the world, continues to grow with more than 85,000 apps and thousands of developers from around the world. According to Apple, more than two billion apps have been downloaded from its revolutionary online store with half a billion downloads this quarter alone. 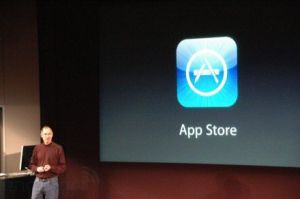 “The rate of App Store downloads continues to accelerate with users downloading a staggering two billion apps in just over a year, including more than half a billion apps this quarter alone,” said Steve Jobs, Apple’s CEO. “The App Store has reinvented what you can do with a mobile handheld device, and our users are clearly loving it.”

Today, iPhone and iPod touch customers in 77 countries worldwide can choose from an incredible range of apps in 20 categories, including games, business, news, sports, health, reference and travel. With the recently introduced iTunes 9, it’s now easier than ever to organize and sync your apps right in iTunes and they will automatically appear on your iPhone or iPod touch with the same layout.

There are now more than 85,000 apps available to the more than 50 million iPhone and iPod touch customers worldwide and over 125,000 developers in Apple’s iPhone Developer Program.

This article was written by Sandy. Last update on September 29, 2009