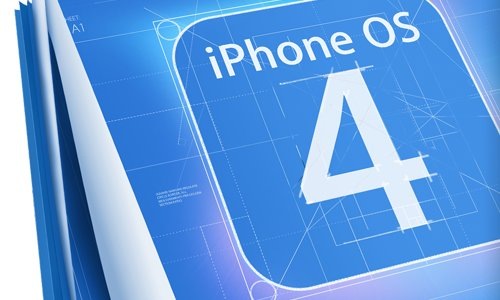 Folders help users better organize and quickly access their apps. Simply drag one app icon onto another, and a new folder is automatically created. The folder is automatically given a name based on the App Store category of that app. Using folders, users can now organize and access over 2,000 apps on their iPhone. Users can also create and manage iPhone folders on their Mac or PC using iTunes 9.2.

iPhone OS 4 will give you the best mail experience on a mobile phone with its new Unified Inbox, allowing users to see messages from all their email accounts displayed together in a single inbox. In addition, users can now thread their messages by conversation and open email attachments with compatible apps from the App Store.

New enterprise features in iPhone OS 4 include improvements in security, scalability and compatibility. The new Mobile Device Management service can be integrated with third party servers to wirelessly configure, query and even wipe or lock managed iPhones, and iPhone OS 4 enables enterprises to securely host and wirelessly distribute their own in-house developed apps to employees. The new Data Protection feature uses a user’s passcode as an encryption key to protect mail messages and attachments stored on the iPhone. iPhone OS 4 allows IT managers to set up multiple Exchange ActiveSync accounts, is compatible with Exchange Server 2010 and includes support for forthcoming SSL VPN applications from Juniper Networks and Cisco.

This article was written by Sandy. Last update on April 9, 2010