Apple’s App Store reaches 1 billion downloads milestone. This is really a great achievement for a store which is just nine months old. According to an official press release, the 1 billionth application was downloaded from the App Store on April 23, 2009 at approximately 16:50 EST. 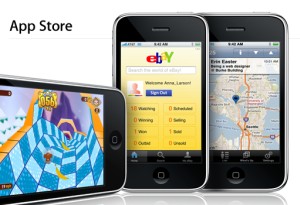 On Friday, Apple revealed the name of the person who downloaded the one billionth iPhone app. It is Connor Mulcahey, a 13 year-old from Weston, Connecticut, who downloaded app Bump, created by Bump Technologies. As the winner of Apple’s billion app countdown contest Mulcahey will receive a MacBook Pro, 32GB iPod Touch, a $10,000 iTunes gift card, and a Time Capsule WiFi hard drive.

“The revolutionary App Store has been a phenomenal hit with iPhone and iPod touch users around the world, and we’d like to thank our customers and developers for helping us achieve the astonishing milestone of one billion apps downloaded,” said Philip Schiller, Apple’s senior vice president of Worldwide Product Marketing.

Lauched in July 2008, Apple’s App Store is the largest applications store in the world. It allows users to browse and download applications from the iTunes Store that were developed with the iPhone SDK and published through Apple. Currently the App Store has more than 35,000 applications.