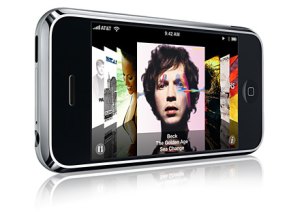 Apple stayed on top of the smartphone manufacturers with a score of 791 out of 1,000. Thanks to iPhone! Apple performed well in ease of operation, operating system, features and physical design factors. LG with 772 points and Samsung with 759 points followed Apple in the rankings. The smartphone study was based on experiences reported by 2,648 smartphone user.

On the other hand, among traditional handsets, LG ranks highest in overall wireless customer satisfaction with a score of 733, performing well across all factors. Sony Ericsson followed LG with 712 points.

The study also found that among smartphone users, overall satisfaction has increased considerably, compared with the U.S. Wireless Mobile Phone Evaluation Study—Volume 2, released in November 2008. Smartphone users reported sending and receiving an average of 17 e-mails per day on their phone. And about 82 percent of smartphone owners report regularly using their phone’s personal information management (PIM) capabilities, such as address books and to-do lists, to stay better organized.